The question then arises regarding the quality of life of these patients. A typical end stage Amytrophic Lateral Sclerosis patient is not mobile at all. He lies in his bed or recliner, unable to lift his arm to reach for a tissue, unable to swallow food, unable to ask for a drink. He is completely dependent on his caretaker for every need. END_OF_DOCUMENT_TOKEN_TO_BE_REPLACED

Ezer Mizion was chosen by Google for its project with Click2speak, an Israeli start-up, to develop an on-screen eye-tracking operated keyboard that will enable people with high cognitive function and limited mobility to communicate and control their environment. END_OF_DOCUMENT_TOKEN_TO_BE_REPLACED 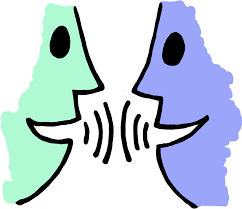 We have almost forgotten that some people lack this basic ability. Ezer Mizion National Headquarters. Fourth Floor. The Speech Generating Device Lending Center. Ezer Mizion’s remarkable place for technological solutions for the speech impaired, one of only three of its kind in the entire world. This floor of Ezer Mizion provides responses for the almost infinite spectrum of people who were not gifted with – or lost – the ability to communicate with those around them through speech.
Just before, they brought here a 43-year-old fellow, precisely my age. END_OF_DOCUMENT_TOKEN_TO_BE_REPLACED My son Ahrele moved to Beitar, and I am planning on attending the housewarming party. I am planning… but my family has other plans. I announce my intentions and immediately receive the typical reactions: Mommy, why do you have to travel out there? It’s a big effort for you. Just call him up.

I consider their words. Why fight all day? You don’t feel well – enough, give up. Surrender to harsh reality. The overwhelming majority of A.L.S. patients in my condition are hospitalized in wards for terminal patients, waiting silently for…. And I, I keep fighting all day. I fight because I want to continue…to continue giving. But the ALS is a potent enemy and me? I’m just a weak soldier. END_OF_DOCUMENT_TOKEN_TO_BE_REPLACED

Communication is taken for granted by the average person. He can enter a store and ask for a coke.He can say ‘excuse me’ and be allowed to pass. He can express his anger when treated unfairly. For some, though, it is not so simple. A stroke patient, an accident victim, a child born with a genetic disorder may be cut off from human communication due to his inability to speak.

Technological advances have enabled innovative devices to be used to provide the patient with the ability to communicate. He may use his finger to point on a communication board. He may touch a selected square on a touch screen or he may type on a keyboard to make his needs, his thoughts and opinions known to others. END_OF_DOCUMENT_TOKEN_TO_BE_REPLACED